Gold mine bacterium can clean arsenic-polluted wastewater within days

A bacterium found in a former gold mine in Poland can clean up industrial wastewater polluted with arsenic, selenium and metals within days, researchers have discovered.

The use of bacteria to clean up industrial pollutants was investigated in an article published in Letters in Applied Microbiology. 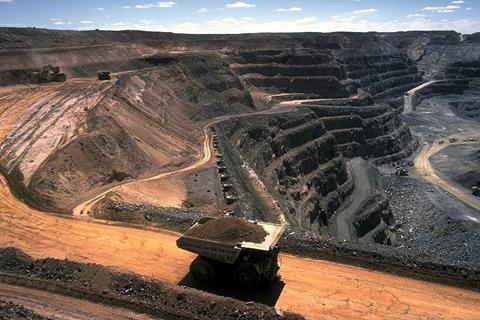 Using a bacterium called Shewanella that was originally isolated from a former gold mine in Poland, the authors found that repeated exposure to arsenic, selenium and numerous metals present in the mine environment had not only enabled this bacterium to develop tolerance, but also to harvest chemical energy by transforming these chemical elements.

Author Dr Lucian Staicu said: “This is an ancient strategy microbes use to produce energy from environments low in oxygen and rich in metals. Adding Shewanella to an arsenic-rich wastewater sampled from a gold mine and incubating it under oxygen-limited conditions showed the efficient clean-up of arsenic, selenium and various metals (eg cobalt, molybdenum, zinc etc) within several days. The performance of the system was enhanced by adding cysteine, an amino acid that contains sulphur.”

Mining for metals is critical to fulfill the current industrial needs of society, as well as for sustaining the energy transition from a carbon-based economy to a more environmentally friendly one.

However, this hunger for metals comes with a price, as mining leads to environmental degradation and long-lasting industrial heritage pollution, Dr Staicu said.

“The use of microbes to remove pollution from wastewaters is termed bioremediation, and is considered environmentally friendly because it uses natural agents such as bacteria,” he said.

“In addition, as demonstrated in this study, bioremediation makes use of non-toxic and inexpensive materials such as lactate and yeast extract.”

The study was conducted by Dr Lucian Staicu and Paulina Wόjtowicz from University of Warsaw (Poland), in collaboration with scientists from Veszprem (Hungary), Granada and Oviedo (Spain). More details about the research activity of the team can be found on https://staiculab.com/

You're not signed in.